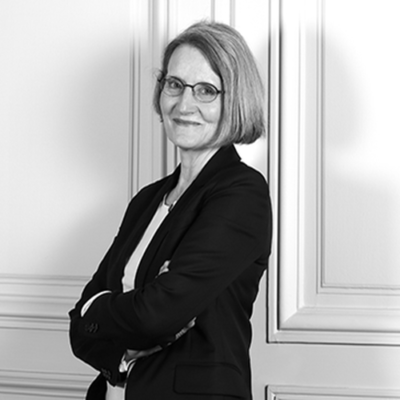 Véronique Le Meur-Baudry, a doctor in law, specialises in implementation of European Union and international law and has, for over thirty years, assisted French and foreign organisations and companies in this domain.

She has gained expertise in highly-regulated business areas such as social protection and insurance, agro-food, healthcare, in consultancy and dispute resolution, mediation, arbitration and lobbying.

Her practice has led her to combine  these domains with company law and to extend them   to competition law, distribution and , in the context of takeovers ,transfers , mergers, joint-ventures, in particular in relation with mergers investigations and anti-competition practices.

Since 1993, Véronique Le Meur-Baudry has been a Foreign trade Advisor for France  appointed  by a ministerial decree, to assist the authorities, sponsor companies in their international development and train young people in export activities (www.cnccef.org).

In September 2016, Armand Avocats was involved in the 27h edition of the Juris’cup aboard... Learn more